This program mimics functionality of Unicorn, without being limited to HTTP applications.

The included supervisor.l can be used to spawn multiple worker processes which perform tasks in an infinite loop. 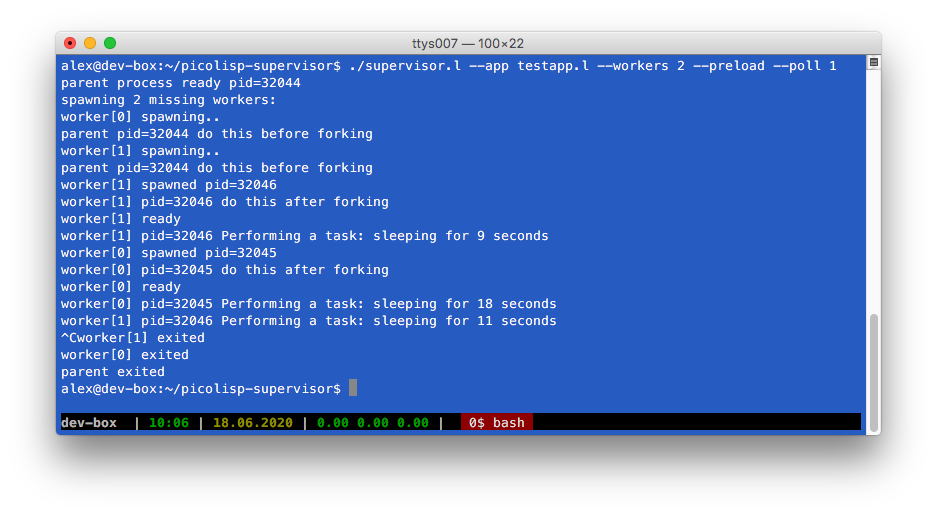 This library is written in pure PicoLisp and contains no external dependencies.

To ensure everything works on your system, run the tests first: make check

You'll see output showing 1 worker "Performing a task" in a loop. Wait until it completes a task or two, then press Ctrl+C or send an INT signal to tell the parent process to exit, along with its worker.

Feel free to observe the example code in testapp.l.

The supervisor runs in the foreground and simply manages the worker processes. If a worker (child process) exits, it will be re-spawned automatically by the supervisor. The supervisor periodically checks for missing workers, depending on the *SV_POLL_TIMEOUT variable.

This section will explain some important technical details about the code, and limitations on what this app can and can't do.

This library comes with very basic integration tests. To run the tests, type: