on-prem
/
console-gui
Fork 0
Code Issues 0 Pull Requests 0 Releases 0 Wiki Activity
You can not select more than 25 topics Topics must start with a letter or number, can include dashes ('-') and can be up to 35 characters long.
4 Commits
1 Branch
33 KiB
PicoLisp 100%
Branch: master
master
Branches Tags
${ item.name }
Create branch ${ searchTerm }
from 'master'
${ noResults } 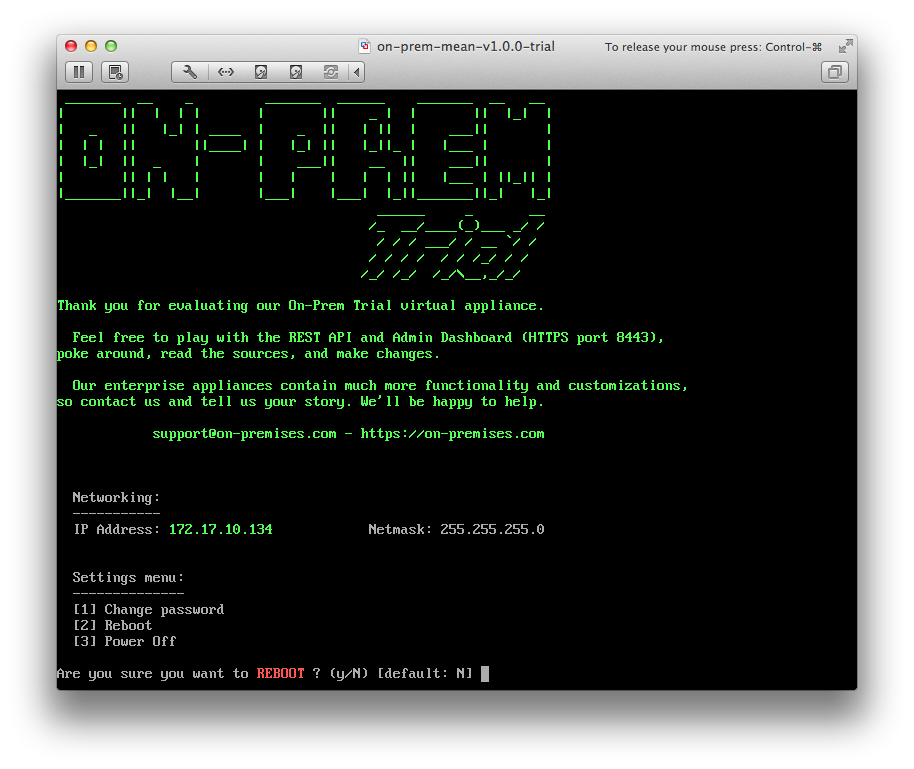 The trial console GUI is a simplified version of the On-Prem Enterprise console GUI, as it doesn't include the ability to configure or change any settings other than the admin password.

To obtain the Enterprise console GUI, as well as help with building an Enterprise OVA, please visit on-premises.com and contact us for pricing and support plans.

Ensure the jidoteki-admin libs are installed in /opt/jidoteki/tinyadmin/ (default), or export the install directory with the JIDO_ADMIN_PATH environment variable.

Run the script with the --start option, ex: /opt/jidoteki/tinyadmin/bin/network-setup.l --start

The console terminal (getty) can be replaced by adding the start command to /etc/inittab. There is no support for systemd

Once running, the script will read the IP address, subnet mask, motd, and display them in the console GUI. Through simple menu options 1-3, it is possible to change the admin password, reboot, or shutdown the OVA. The display will refresh every 60 seconds, in case the settings change behind the scenes (DHCP?).

The network-setup script was originally written in Bash, in 2013. Things have evolved since then, and the current iteration is written in PicoLisp.

The script uses a series of helpers found in tc-functions.l (included with jidoteki-admin v1.20.0+), and defines its own helpers, which are divided into six sub-sections:

Certain functions are dynamically loaded from additional files, such as network-setup-password.l. Additional menus and options can be defined through the *Optional_settings and *Optional_menus variables at the top of the script.

Variations of the same scripts are deployed to different customers with unique requirements and features, which is why the scripts contain a series of hardcoded and dynamic values, as most functions were pulled from the Enterprise console GUI. This may lead to confusion as our intention was not to make this a generic tool for the public. 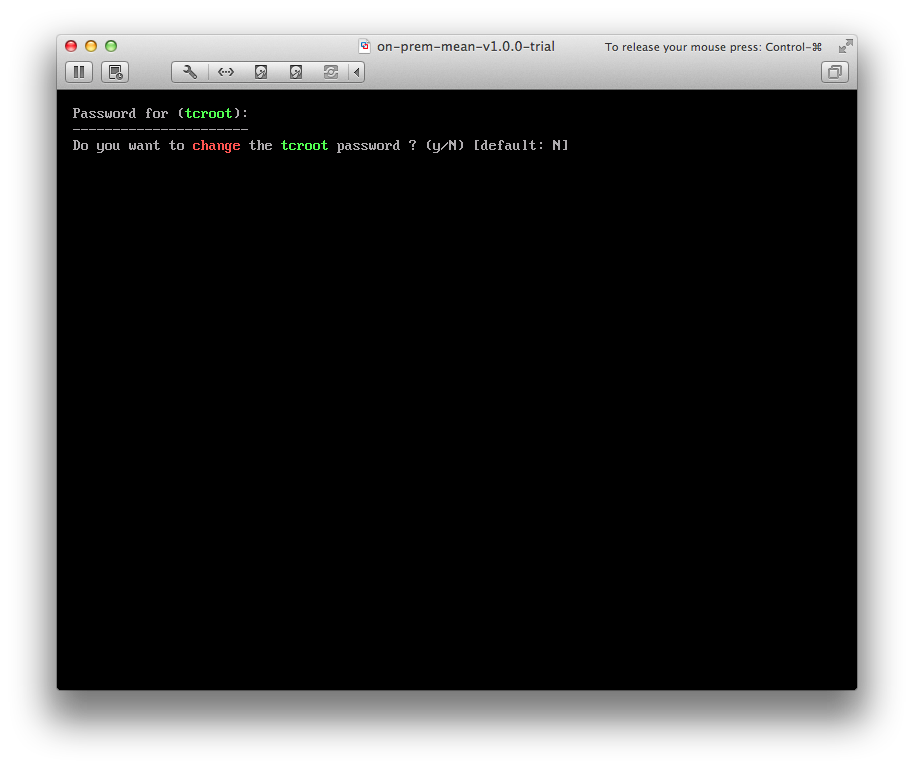 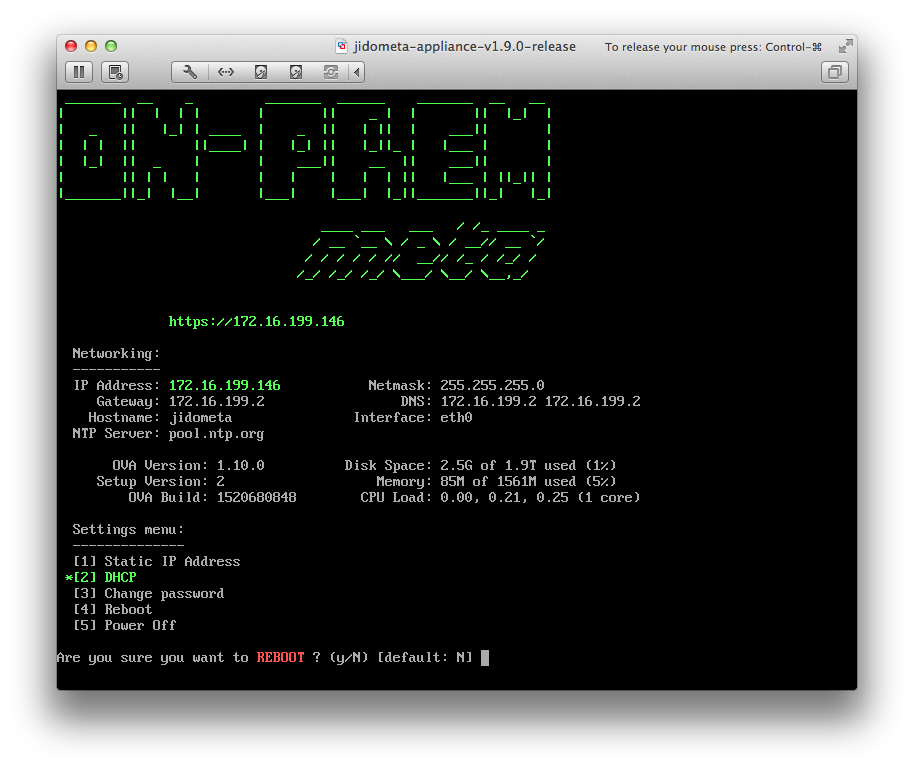 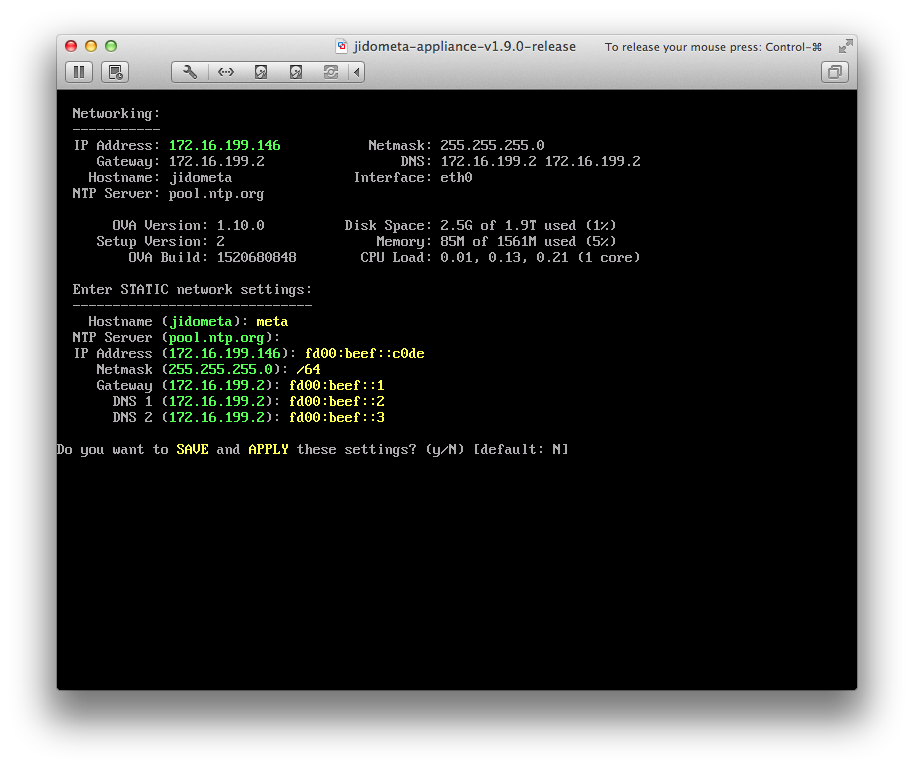 The script was originally intended to perform the initial "setup" of the "network". The Enterprise console GUI provides those functions and more, however this trial version is limited to only displaying the IP address and subnet mask.

There is no need for pull requests, feature requests, or bug reports, since these scripts are actively maintained. If, however, you do modify these scripts, please comply with the MPL-2.0 License and make your changes publicly available in order for everyone to benefit.